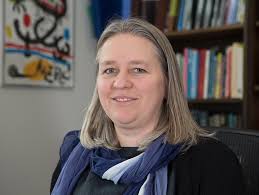 Considerable attention has been paid to the use of racial appeals by political candidates in US elections. Far less attention has been given to the ways in which typical campaign news coverage may also serve to prime racial predispositions and influence evaluations. Journalists’ tendency to focus on the “horserace” when covering elections often serves to highlight partisan divides between identity groups as we document with content analysis of front page presidential election stories. Frames emphasizing the degree of support for the parties from racial and ethnic groups are quite common in election coverage, often emphasizing the large percentage of Democratic support among racial/ethnic minority voters (e.g. 93% of blacks vote Democrat, 39% whites). How does such racialized news coverage of partisan divides affect voters’ views of the parties and evaluations of their candidates? We draw on data from two original experiments that test whether the minority-Democrat emphasis of these large-percentage frames shift white voters’ views of parties and candidates more than smaller-percentage frames of minority votes within the Democratic coalition (e.g. 24% black, 57% white), and a race-neutral frame. We find the “minorities” emphasis improves Republican evaluations (and hurts Obama evaluations) among racially resentful whites. As demographic change motivates more stories about the growing electoral power of racial and ethnic minority voters, news may continue to shape racialized views of the parties through framing choices.