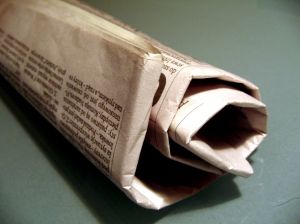 An interview with Bert Bakker appeared in the New Scientist and Bert discussed the Dutch election campaigns in the Nieuws BV (NPO Radio 1; here [13-2] & here [20-2]). Mark Boukes spoke in a radio documentary about irony and politics and was mentioned in the Voetnoot of Arnon Grunberg (VK) of Wednesday. Tom Dobber was interviewed in De Correspondent on micro targeting in the Netherlands; Jasper van de Pol featured in the program ‘Kassa’ on VAA’s; Sjoerd Stolwijk was interviewed in Parool and Volkskrant; and Claes de Vreese was interviewed in Reformatorisch Dagblad

Sanne Kruikemeier wrote an essay with the title ‘de journalist aan de zijlijn?’ for Villamedia Magazine (Villamedia is a trade magazine for journalists and communication professionals). The articles focused on the role of the journalist and the ‘power’ of social media during election campaigns. She was also interviewed on BNR radio about the impact of politicians that vlog. She was also interviewed for the podcast program ‘onder mediadoctoren’ about filter bubbles and news consumption, which was broadcasted by Salto 1 (see here). Furthermore, Sanne gave a guest lecture in The Hague (International Studies – Leiden University), where she talked about the use of social media strategies.Last Sunday, she participated in the talkshow ‘ZIN op zondag, De Grote Februarishow organised by the stadsschouwburg in Utrecht. Sanne talked about social media and politics (see here).